This article is a draft, many details are still missing. 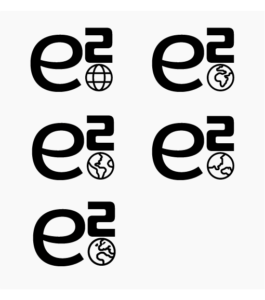 Public train service on Gaia. Transit connections with several Intergalactic Railways (IR) stations around Gaia. The transit routes sync with the IR connections.
Also has several lines to and from Mars and Venus.

Despite having changed the planet’s name to Gaia, Earth Express and its iconic e² logo keeps the planet’s old name. The company has been founded before the new name convention and is not forced to change its name. In 2999, the company reached out to the public with several alternative names and logos [citation needed] , by popular demand, the company kept its original name.

B10 ~ The Compatibility Test

News from the Author

Due to the mentioned circumstances in this post, I’ll be pushing back chapter B06 ~ Venus Beach until I have really finished it. Meanwhile, I’ll publish revisions, as suggested by my patrons.

END_OF_DOCUMENT_TOKEN_TO_BE_REPLACED

I am sorry to tell you that I have to delay today’s publishing of B03 ~ The Parents of the Bride for patrons due to feeling ill. It’s not too bad, just a bit... END_OF_DOCUMENT_TOKEN_TO_BE_REPLACED

The Queen and the Phoenix spotted in the Lost Millennium.

SpeedKitty and the Phoenix spotted on a date!

Status: Out for Patrons!

A unique look into Kira's background for patrons.Find more about Kira's teenage years and his rise to become the Phoenix in this extra. END_OF_DOCUMENT_TOKEN_TO_BE_REPLACED

A unique look into Kira's background for patrons.Find more about Kira's parents, his great parents, and his early years in this extra. END_OF_DOCUMENT_TOKEN_TO_BE_REPLACED

Huge space crafts designed to pull cargo holds. Most powerful space trucks are able to leave and reenter atmospheres with full cargo.Space Trucks are the cornerstone of the exploration of space and to haul cargo across the universe. END_OF_DOCUMENT_TOKEN_TO_BE_REPLACED